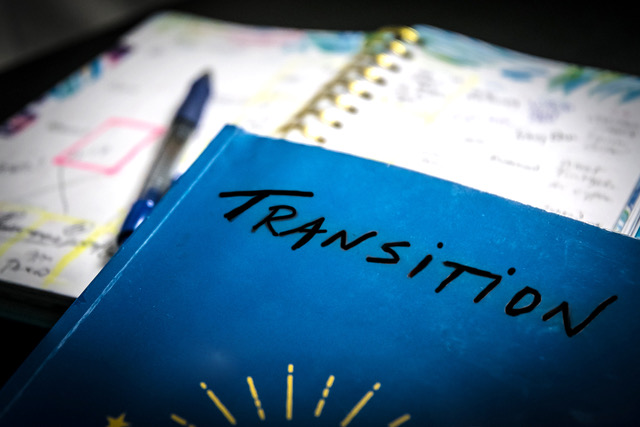 My Transition From Planet ORK (aka the Military)

Recently, as I briskly walked up the sidewalk towards the Metro entrance, I came shoulder to shoulder with a woman and without hesitation, I made eye contact, smiled and said, “Good Morning.”

First, some context: 1 June marked the first time I’ve been off military active duty status in over 30 years. It also happened to be week three of my new civilian career (yes, I know I broke some cardinal transition rule about taking time off, but let’s face it, overachievers are motivated by fear of failure. And unemployment after a 31-year streak is not an option with a DC mortgage and 3 male teenagers who literally eat a quarter of my monthly base pay.)

A smile and a standard greeting — that’s all it was. Anyone who knew me in uniform probably recalls that you will typically get the beaming smile and some sort of greeting (unless it’s moments past 1130 am and I’m suppressing “hangry” feelings – yes, thank you military service for some of the –isms I just can’t seem to shake: eating at the same time every day; taking extra steps to avoid walking on grass; being 15 minutes early to everything and apparently politeness.)

After mumbling “Good Morning” back, the woman took a few additional steps and then turned towards me with a puzzled look and said, “Do I know you, or are you just being polite?”

“Do I know you, or are you just being polite?”

Now, I get it, I’ve been faking the whole “morning person” routine for 31 years, but that’s another military –ism that I didn’t get to vote on. Grumpy leaders don’t inspire happy followers!

“Do I know you, or are you just being polite?” That sounds like something Mork from Ork would have said as he ventured out on planet earth during an episode of “Mork and Mindy.”   At the risk of dating myself, I distinctly recall when we were stationed overseas, watching reruns of “Mork and Mindy” on the AFRTS (Armed Forces Radio & Television Service) channel (or like us Navy Brats affectionately called it, “A-FARTS TV”). Somehow years later this quirky late 70’s era show has now become a metaphor for my recent military transition.

The sitcom writers successfully portrayed Mork’s awkwardness and sense of being out of place on earth. On his first attempt to fit in, he wore an earth suit backward which reminds me of how I feel when I admit to an unsuspecting retail clerk that I have no fashion sense and “yes, feel free to dress me, but hold the colors please.” Mindy was always there to serve as Mork’s earth guide and translator. Today Veterans are fortunate to have numerous Mindys they can lean on for transition assistance.

“…dress me, but hold the colors please.”

As you make or plan your transition I’d like to share a few of the Mindys that really helped me navigate through what tends to be an overwhelming and emotional experience (almost akin to shopping at the new Fort Belvoir commissary which has too many food choices and decisions to make!)

Well if you made it this far, you may be wondering what happened to the woman in the metro station. “Do I know you, or are you just being polite?” I responded, “I’m just being polite, yesterday was my last day of active duty and I guess I’m still used to greeting everyone.” Her face lit up, and we chatted for the rest of the way about how she could relate to what I was feeling. For a few minutes, she became another Mindy full of encouragement as she relayed that her husband had also recently transitioned from the military. She chuckled about their experience buying multiple business suits — apparently, Mork wasn’t the only one struggling with the wardrobe requirements.

As we parted ways, I flashed the smile and said, “see… ‘Good Morning’ wasn’t so bad.” 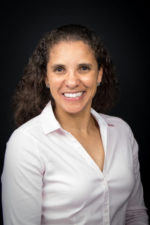 Captain Laura Hatcher, USN (Retired), successfully transitioned from Naval service in May 2018 and now works for the National Children’s Alliance, a nonprofit organization that advocates for abused children, nationwide. Laura specifically focuses on improving access to vital resources for DoD and military families. She looks forward to raising your overall awareness about child abuse matters in the United States.

Laura is also a talented photographer.  Check out her work by going to Laura Hatcher Photography

To learn more about Laura, visit her LinkedIn page.